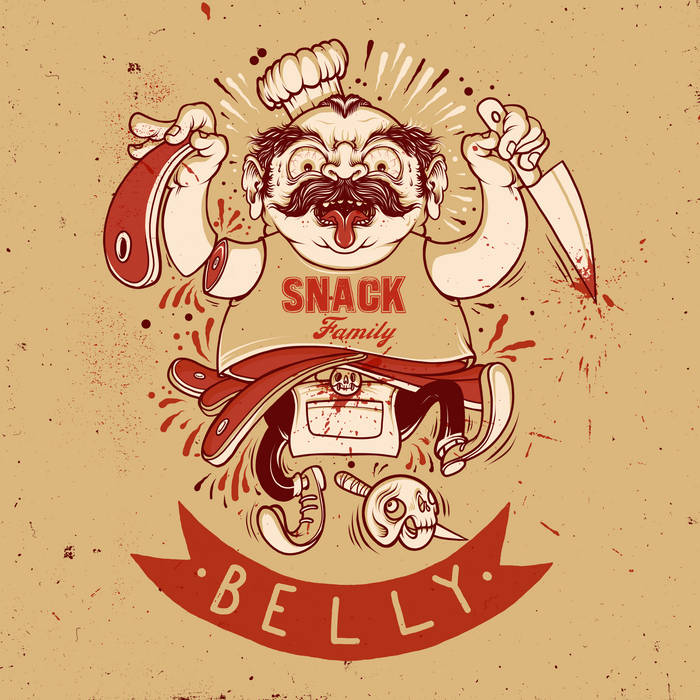 Released via boutique label: limitedNOISE limitednoise.co.uk - The limited edition CDs will only be made available here and at SF shows. Get them while you can! Downloads on general release, however.

"If Nick Cave was the lead singer of Morphine it would have sounded like Snack Family…we dare to say that these boys will grow into a highly respected act in the underground scene." NOISEY

"...In recent years, English rock bands have been fashionable in appearance - immaculate leathers and a manufactured sound. It’s a thrill to discover a group with a genuinely messed up sound. And the dandies end up hugging the walls when this dirty rock roars into life, which owes as much to explosions of the Birthday Party as to the unscrewed blues of Captain Beefheart...." LES INROCKS

"Ever wondered what the corruption of youth sounds like? Well look no further; Snack Family, have arrived, offering up dank, dirty blues smothered in sex, the musical equivalent of receiving a lap dance, whilst sat in the gutter, covered in one’s own filth." NOISE CANNON

"Seedy, swingin’ and big in the knackers department…. over a jarring, heavily rhythmic, No-Wave musical backdrop, Snack Family bring the noise and pack some beef. This EP feels brilliantly complete: over the course of 18 minutes, Snack Family set out their stall and give a neat taster of their sound. It’s just enough to leave you hungry for more." WHISPERIN' & HOLLERIN'

"Throaty vocals combine ’60s rockabilly sensibilities with the weirdness of Nick Cave, Captain Beefheart and Eighties Matchbox. The EP digs up the desert vibes of Southern Gothic, while also having enough British eccentricity to keep it from being retro. Imagine a sticky, swamp rock incarnation of Melt Yourself Down and you won’t be too far away." THE MONITORS

"….Snack Family seemed like a strange name for a nightclub, you try to leave before you become the family’s snack, but the tar-like thickness of the basement you’ve wandered into seems to hold you there steadfast. There’s no getting out now, not for you.” NINE HERTZ

"A swirl of jagged punk and blues and sex funk all in a liberating if unholy huddle. What a beautiful, sexy growl and screech." MICK MIDDLES

London-based Snack Family have been offering their nudity-inducing low-frequency alternative since 2011.

This is music that gets right back to the heartlands, the heart and soul and meat of the matter. Music for the times we're sweating through. ... more

Bandcamp Daily  your guide to the world of Bandcamp

Benji B talks about his new compilation ‘Deviation Classics’